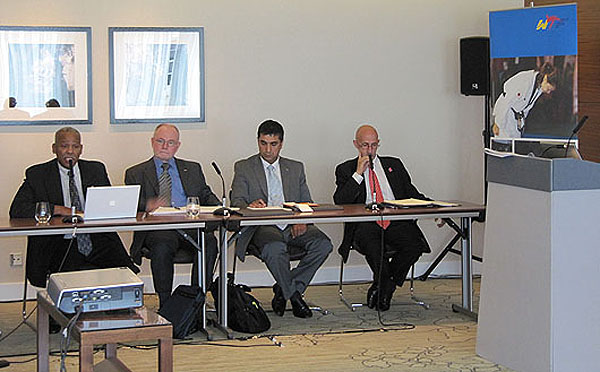 The Commonwealth Games Federation (CGF) recently sent a letter to the World Taekwondo Federation on June 14, 2010 to inform the world’s taekwondo governing body of its decision to classify taekwondo as a category 2 sport.

The CGF decision came just five days after a four-member WTF delegation made a sport presentation for the CGF officials in London on June 7. Among the WTF delegates were Mr. Philippe Buedo, chairman of the WTF Games Committee; Mr. Anthony Ferguson, president of the Caribbean Taekwondo Federation; and Dr. William Darlington, secretary general of the Commonwealth Taekwondo Union.

“On behalf of the CGF, I write to thank you for the detailed submissions provided and the subsequent representations by your colleagues in London last week pertaining to the above,” said Mr. Michael Hooper, chief executive officer of the CGF, in a letter dated on June 14, 2010 and sent to the World Taekwondo Federation.

The CGF CEO continued to say in his letter, “In approving the classification of taekwondo as a category 2 sport, both the Federation’s Sport Committee and the Executive Board were pleased to note the ongoing commitment being made by the sport through its development programs across the Commonwealth, as well as the innovative changes being made through the sport presentation aspects of the competition.”

“By becoming a category 2 sport, taekwondo is now eligible for inclusion by prospective candidate cities within their selection of up to 7 additional sports from the broader list of category 2 sports, i.e. additional to the 10 core sports and you should now look to work with candidate cities for future editions of the Games as they develop their bid proposals,” the CGF head said.
. 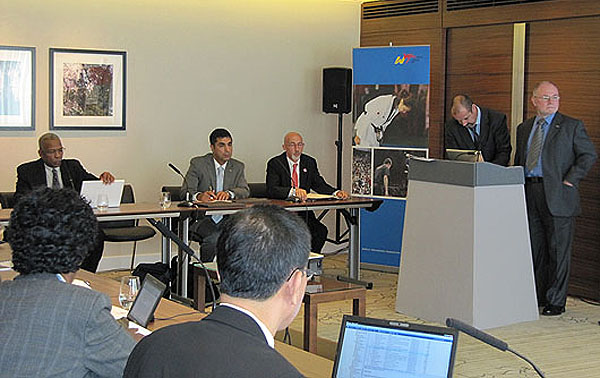 The Commonwealth Games, which date back to 1930, are a unique, world-class, multi-sport event which is held every four years.

The next Commonwealth Games, the 19th edition, are scheduled to take place in New Delhi, India on Oct. 3-14, 2010, with 17 sports on the official program. The 20th Commonwealth Games are to be held in Glasgow, Scotland in 2014. Hambantota in Sri Lanka and the Gold Coast in Australia are competing to win the right to host the 2018 Commonwealth Games.

On the CGF decision, Mr. Ferguson, who also serves as vice president of the Pan American Taekwondo Union, said in his letter to the WTF, “This is not only wonderful, but inspiring indeed. I did not expect the decision would come so soon.”

“Better still that we went straight to Category Two. During our presentation, they (CGF officials) joked that we should probably go straight to Category 2 rathe than three,” Mr. Ferguson said. “That it in fact happened this way is a testament to the vision and work of the WTF and that of our leader (WTF President Chungwon Choue). I have no doubt that in time, we would become Category One.”

“It vindicates what we were saying in that people only have to be informed of the wonderful work of the WTF to be impressed,” he continued to say. “Clearly they (CGF officials) were impressed by the Taekwondo Peace Corps and subsequent proposal of a Sport Peace Corps; electronic chest protectors and video replay system, and the various uses for which the Reform Fund is intended.”

In a meeting with CGF officials both at the 2008 SportAccord Conention in Athens, Greece and at the 2009 SportAccord Convention in Denver, the United States, the WTF expressed its interest in joining the Commonwealth Games.

Several international sports organizations, which are responsible for the operation of multi-sports games, have decided in recent months to put taekwondo on their official programs.

At its General Assembly on April 26, 2010 in Dubai, the International Masters Games Association (IMGA) announced that taekwondo will be on the official program of the 2011 European Masters and the 2013 World Masters Games. The International University Sports Federation (FISU) decided at its Executive Board meeting in November 2009 to put taekwondo on the official program of the 2017 Summer Universiade and onwards as a compulsory sport. Taekwondo will also be an official sport at the 2013 Mediterranean Games and onwards.
. 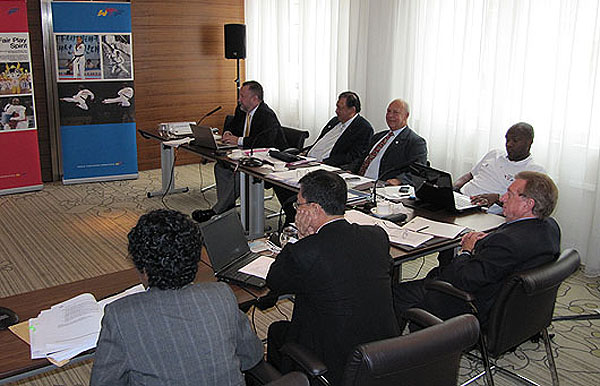