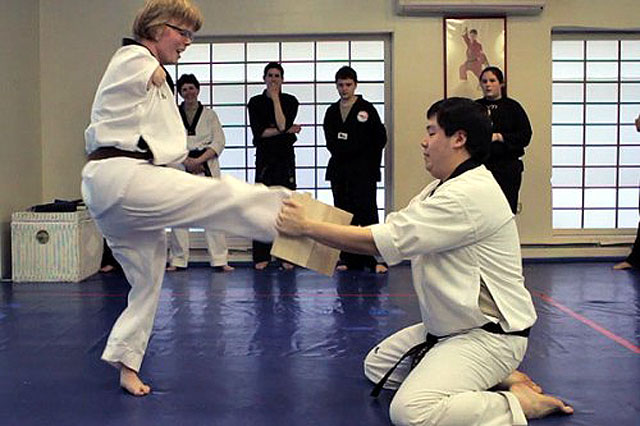 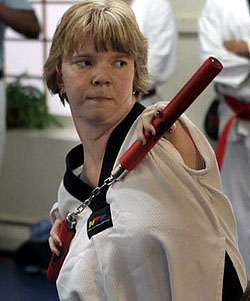 A Massachusetts woman who was born without arms or kneecaps is preparing to test for her black belt in taekwondo. Sheila Radziewicz was scheduled to take her test next month at Bruce McCorry’s Martial Arts in Peabody.

The 32-year-old brown belt, who was born with thrombocytopenia-absent radius, or TAR syndrome, told The Salem News she’s been training in martial arts for three years.

McCorry, her teacher, said he’s never seen a student like Radziewicz. Despite her condition, she can use nunchucks and break boards with her kicks.

The Salem resident, who works as an advocate for victims of domestic violence, said she has never let her disability stop her. At 23, Radziewicz earned her driver’s license. She uses a car that she controls with her feet.

Radziewicz tells The Salem News of her life with TAR syndrome, saying, “I was not supposed to live.”
.
.
.
By Salem News
.
masTaekwondo Team
en.masTaekwondo.com
info@mastaekwondo.com