Taekwondo has been put on the official program of both the 2011 European Masters Games and the 2013 World Masters Games.

The decision was announced at the General Assembly of the International Masters Games Association (IMGA) at the Atlantis Hotel in Dubai, United Arab Emirates on April 26, 2010. The IMGA General Assembly was held on the second day of the 2010 SportAccord Convention.
. 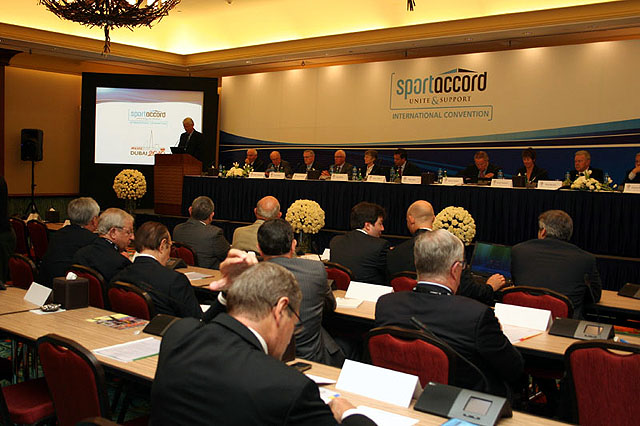 The 2011 European Masters Games are to take place in the Italian city of Lignano, and the 2013 World Masters Games in Torino, Italy.

WTF President Chungwon Choue attended the meeting. The WTF, the world’s taekwondo governing, became an associate member of the IMGA at its General Assembly meeting during the 2009 Denver SportAccord.

Mr. Kai Holm, former Danish member of the International Olympic Committee, serves as president of the IMGA, with Mr. Jens V. Holm working as the CEO.

At the Dubai gathering, the IMGA General Assembly adopted its new constitution, the first since its inception in 1995. The IMGA was founded in Seoul, Korea in 1995 from member International Federations to be the representative body of Masters sport worldwide and to promote lifelong competition, friendship and understanding between mature sports people, regardless of age, gender, race, religion, or sport status.

“We are happy to announce that taekwondo has been put on the official program of the Masters Games starting with the 2013 European Masters Games,” said IMGA CEO Holm. “Given taekwondo’s high educational aspect and popularity around the world, taekwondo’s inclusion in the Masters Games will create a high synergetic effect on both the WTF and the IMGA.”

With the IMGA’s decision, taekwondo practitioners of over 41 years of age can attend the taekwondo competition of the Masters Games. The IMGA follows the rules of International Federations regarding the age category of participating athletes.
.
.
.
By WTF.
.
masTaekwondo Team
en.masTaekwondo.com
info@mastaekwondo.com