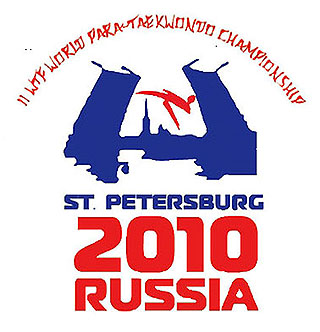 Preparations for the 2nd WTF World Para-Taekwondo Championships scheduled for May 11, 2010 in St. Petersburg, Russia are going smoothly, organizers said.

The 2nd World Para-Taekwondo Championships, which will take place at the Yubileyny Sport Complex, are expected to draw over 50 athletes from 21 countries, including host Russia.

The countries, that have sent their athlete entries as of May 6, are Angola, Egypt and Kenya (Africa); Mongolia, Iran, Tajikistan and Uzbekistan (Asia); Azerbaijan, Finland, France, Israel, Italy, Moldova, Spain, Turkey, the United Kingdom and host Russia (Europe); Australia (Oceania); and Canada, Guatemala and the United States (Pan America).

The championships will use an electronic body protector system and an instant video replay system to ensure fair judging and refereeing.

Modified competition rules will be applied to the championships. Attacks to the head are prohibited and the duration of the contest will be three rounds of one minute each with a one-minute break between rounds.

Medals and diplomas will be awarded to the top four athletes in the respective classifications and weight divisions of the championships.

The fist WTF World Para-Taekwondo Championships were held in Baku, Azerbaijan on June 10, 2009. attracting a total of 36 athletes and 18 officials from 16 countries. France won the overall title at the inaugural event, followed by host Azerbaijan and Turkey.
.
.
.
By WTF.
.
masTaekwondo Team
en.masTaekwondo.com
info@mastaekwondo.com