Before explaining in details what is happening in the Pan American region regarding the compulsory use of only one type of electronic protectors, we will translate a fragment from the official website of the FTPR (Puerto Rican Taekwondo Federation): 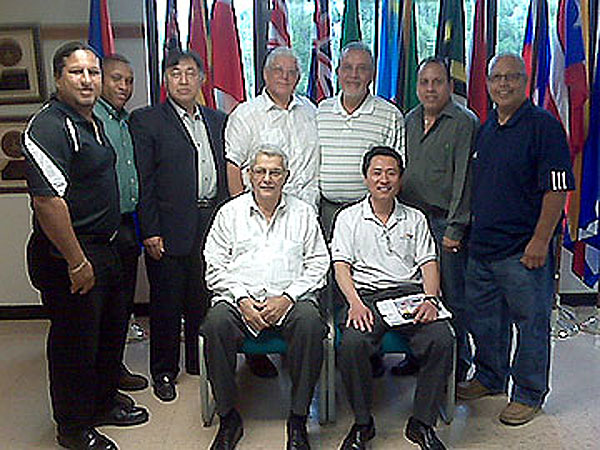 One of the most important issues that were discussed at this meeting was the use and purchase of 60 EBPs by the Organizing Committee for the competition. Master Ji-ho Choi (President of PATU) together with the President of FTPR Mater Louis Arroyo, explained the benefits of acquiring EBPs from LaJust for these Games, as they are going to be the official ones for the Olympic Games in 2012 and the option of keeping them for the national teams training.”

Among those relevant people, the President of the ODECABE, Mr Hector Cardona was there, to whom this argument was presented to persuade him to purchase LaJust EBPs.

Recently we were informed that the ODECABE had in their hands quotations from both LaJust and Daedo (both of them are WTF Recognized) and after comparing the costs, they would have decided to use Daedo, which caused disconformities to the President of PATU, Ji-ho Choi, who claimed that the Pan American National Federations have signed an agreement to buy only LaJust EBPs for their tournaments.

The most striking aspect is that so far it has not been decided which system will be used at the London Olympic Games 2012 Taekwondo competitions. According to information from the WTF received today May 24th, WTF President Dr Choue will soon announce the decision whether EBPs will be used at the Olympic Games, and in case they are going to be used, he will also announce how they will choose one brand or another. This final decision would be made before October this year.

When we published the article “PATU tries to manage the EBP business” a strong unrest was generated within this organization, which was not from the Board members of this Continental Union but from the very President Ji-ho Choi, as the only person who is defending LaJust’s interests is him and not the PATU as an organization.

Was it just a simple mistake caused by lack of information that the representatives of Taekwondo made before the Organizing Committee of the Central American and Caribbean Games, or was it a strategy to convince them that the best for Taekwondo Boricua was to purchase the equipment that will be later used at the London Olympic Games?

We are not entering the discussion whether one EBP is better than the other one, but we are asking ourselves, is it ethical to present false information to an Organizing Committee in order to lead them to buy a specific product?

Certainly, these are not questions that we can answer ourselves, because as media we can only affirm that neither the LOCOG (The London Organising Committee of the Olympic Games) nor the WTF have made a decision about which EBP will be used, not even the use of EBPs is guaranteed yet.

Currently there are two brands which are WTF Recognized (Daedo and LaJust), both of them are being tested and asked about by the LOCOG so that when a decision is finally made, everything will be set and ready. Under no circumstances, the fact that the LOCOG and the EBP companies are communicating with each other implies that a decision has been made to use one specific brand at the London Olympic Games.

Due to the lack of information that some sport organizations have regarding Taekwondo, it would be sensible that Organizing Committees of tournaments and Games (such as the Central American and Caribbean Games) communicate directly with the World Taekwondo Federation so they will not be confused, as in this case, with facts that have not happened yet.

If within a few months Daedo is chosen for the London Olympic Games, what image will the PATU leave of Taekwondo?

Below we show an image of the information published by the FTPR at their official website. 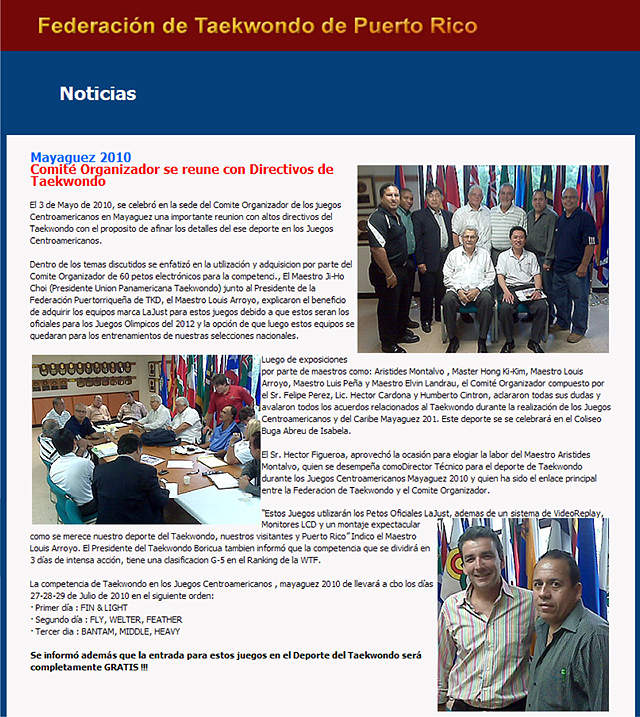