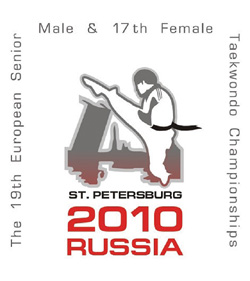 Male final in under- 54 kg- weight category turned to be the most dramatic. Seyfula Magomedov in his fight against Remzi Basakbugday from Turkey had managed to level 5-5 only 14 seconds before regular time ended.  The sudden death round lasted only 13 seconds till Magomedov received his final point, grabbing the third title of the Champion of Europe in his career.

Another male final was much more relaxing. The World Champion Joel Bonilla Gonzalez beat Russian Alan Nogaev with a rather solid 22-6 score.

In both female finals contestants went neck to neck and only the 3rd round finally turned the scale in favour of Turkish Rukiye Yildirim and Croatian Lucija Zaninovic.  By the way, Zaninovich’s rival Yasmina Aziez from France hardly has any reasons to repine at unhappy lot. In her semi-final fight against Kristina Kim she missed a blow at a head which could have let Kim to edge Aziez out. However after a long discussion referees did not score these 3 points, thus letting Aziez get into the finals.

Joel BONILLA GONZALEZ (Spain): “I am already holding a World Champion title, so I have come to St. Petersburg to win.  However, it was not easy, especially in a semi-final when I felt I was really tired. The thing was that we arrived here two days later than it had been planned, and we had almost no time to rest after the flight.”

Rukiye YILDIRIM (Turkey): “The victory in the European championships in St.-Petersburg became an unexpected pleasure for me. I hoped to win, but my rivals were rather strong. The final fight certainly turned to be the most difficult fight for me in this tournament.”

Lucija ZANINOVIC (Croatia): “I am happy! I am full of emotions: I have been dreaming about this gold medal, and I have grabbed it at last! Do I worry a lot about the trauma? It is taekwondo – sport where you often have to pay little attention to such sensations.” 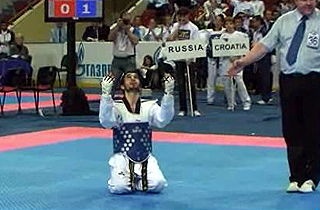 Seyfula MAGOMEDOV (Russia): “I had no other choice! I just could not lose because my family, my coaches, my friends have arrived to support me. It is my third victory in the European championships, however, winning tournament in your  native land is an absolutely new feeling.”
.