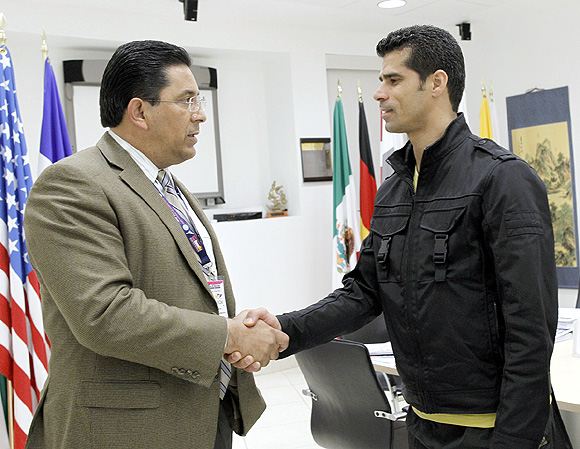 “It is a great honor and a pleasure to us to receive such a great athlete and Olympic figure in our country and our city like Hadi Saei”, said Castro Verdugo, who had the chance to meet the now coach of the Iranian team and also some member of that country’s technical staff.

“Pleas feel comfortable, feel like home and we wish you the best for this competition, in hope to have a great and successful one. I had the chance to see Hadi in Copenhagen during the Senior World Championship as part of a judges panel with some of the best athletes”, He added.

“In my experience as student in Germany I had the chance to know a lot of people from Iran; we shared a lot of things in common like the food and that special flavor that characterizes us as Mexicans and them as very nice people”.
. 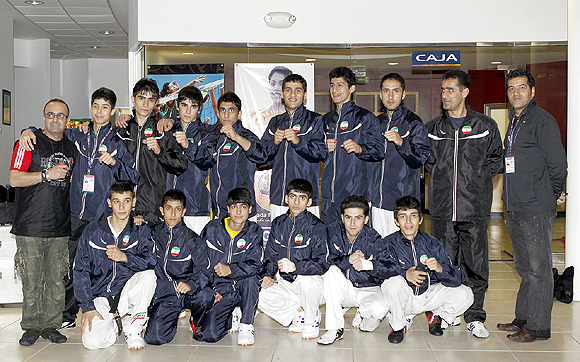 Iran arrived with the Male and Female Teams who have already registered and departed from the Baja California High Performance Center to the official hotel before starting their training sessions along with some other countries such as Brazil, Spain, Italy, Kazakhstan, Turkey and Mexico.

“I feel great and very honored for the attention and this warmth welcome by the people of Mexico and the members of the Institute”, said Saei for whom this is his second time in this country. “I’ve liked the way the Mexicans also receive us. I feel very fine, I am coming for the second time to Mexico, and I was here a few years ago for an International training camp in San Luis Potosi”

Saei has become a symbol of greatness for the athletes in Iran and specifically in Taekwondo, a discipline in which he won a bronze medal in Sydney 2000, and two times a golden one in Athens 2004 and Beijing 2008, when he defeated the Italian Mauro Sarmiento.

After such a great saga he decided to retire but is still in contact with taekwondo. “It’s great to be a champion I feel good and now I want to be part of this new experience”, he replied. For the people of the Baja California Sports and Physical Culture Institute, this is the second time a delegation from Iran arrives to the region.

In 2007 the National Youth Male Volleyball Team participated in a World Championship tournament which they won under the instruction of Serbian head coach Ctevovic Jovica in a glorious final match against China.
.
. 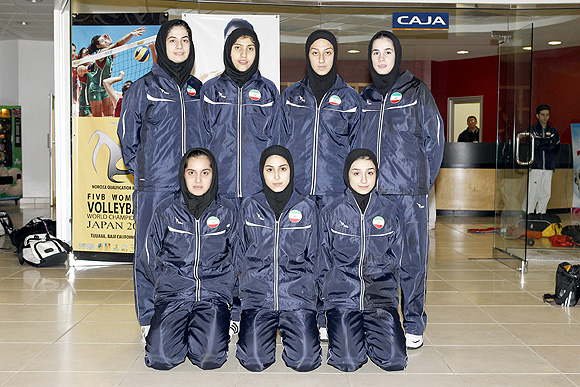 One thought on “Iran is ready to compete, guided by a special mentor”