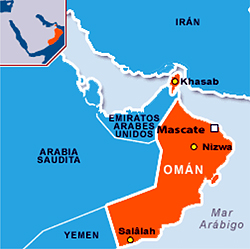 Article 4 stipulates that “Admittance to the WTF shall require the approval of the WTF Council and the General Assembly of the WTF. The national taekwondo associations applying for the membership of the WTF are required to present designated application documents to the WTF together with a letter of recognition from the pertinent National Olympic Committee, or in its absence, its highest national sport authority.”

It continues to say, “In addition, they are also required to hand in a letter pledging to dispatch at least two competitors, ideally one male and one female, but it has no voting right until it becomes a full member of the WTF.”

As a provisional member, Oman is able to send its athletes to all WTF-promoted and/or sanctioned taekwondo events.

Thus, Oman can send its athletes to the WTF World Taekwondo Qualification Tournament for the 1st Youth Olympic Games and the 8th WTF World Junior Taekwondo Championships, both to be held in March this year in Tijuana, Mexico.

The WTF will make a final decision on Oman`s full membership at its Council and General Assembly both in Tijuana on March 2 this year.